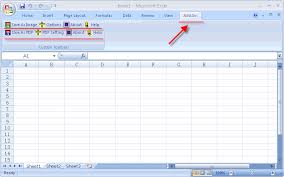 Highlighting is a process of marking a cell or range of cells for the purpose of adjustment or change. This change includes bolding, copying, cutting, italicising, alignment, deleting, etc. it should be noted that highlighting text, figures or formulae is necessary before performing any of the earlier listed changes in the Microsoft Excel.


You may follow the standard Windows’ technique using the SHIFT key in conjunction with any navigation pattern for highlighting purpose. However, Excel also has some of its own specialised method of highlighting and selecting cell or range of cells in a worksheet. This will be discussed in this post with example.


Extended Selection with the F8 Key

In this case, you will be able to ARROW around and select cells, columns, rows and ranges of cells, etc., but without having to hold down the SHIFT key, e.g. press F8 release it and then press the RIGHT ARROW key to select the next cell to the right, DOWN ARROW highlights the next cell down, HOME highlights from the current cell to the first cell in the row, PAGE DOWN highlights about twenty cells downwards, CONTROL+END selects from the cell the cursor is currently in to the end of the data area, etc. To remove this type of highlighting you have to press ESCAPE key followed by the LEFT ARROW key, which will return you to the first cell which was highlighted.


After pressing F8 and highlighting a first cell or range of cells, you can then add another range of cells to the first selection by pressing SHIFT+F8 and ARROWING to the first cell to be highlighted in the second range of cells, pressing F8 again and then ARROWING again until the second range is highlighted. You then press CONTROL+C to copy or CONTROL+X to cut both ranges simultaneously to the Clipboard and then move to the place you would like both ranges pasting in and press CONTROL+V.

You can also highlight with what is known as “End Mode”. If you press the END key first, you can then make use of any of the following:


Note: “End Mode” also works as a means of quickly jumping from Place to place on a worksheet without highlighting it if you use It without the SHIFT key.

CONTROL+G is a familiar keystroke to users of Microsoft Office Word and Excel. The idea of “go to” command for almost everyone is to enable skipping to a particular portion of a file quickly. This command may be used for highlighting a range of cells in a worksheet even though they are not in a direct sequence. For instance, the use of End mode allows you to select cells that follow each other but the “go to” comes handy when you are dealing with cells that are not together in the same row or column. Should you want to highlight cell c2 thru C8 and F3 thru F7, you are to:


Please, do note that the F5 key can also perform the “go to” command. The process is the same as explained above.